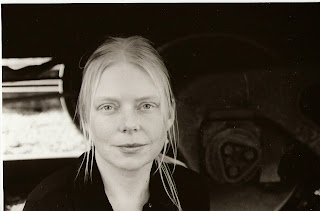 Carol Guess: “With Animal” is the title story of a short story collection co-written by me and Kelly Magee, forthcoming from Black Lawrence Press in 2015. All of our stories focus on humans who give birth to animal babies. We’ve got hippos, unicorns, dragons, horses, sloths, and cats giving their parents trouble. The stories were fun to write because we let our imaginations run wild. Our process was simple: we each wrote half a story, then passed it along to the other person to finish. Starting and finishing offered different challenges, demanded different kinds of attention. My biggest challenge in writing “With Animal” was deciding what was in the suitcase. Originally I wanted her to open the lid to reveal an underground tunnel, but as I developed the characters I realized that this animal baby needed a human disguise. And that told me what was in the mysterious suitcase. I’m still haunted by the idea of the tunnel, though, so maybe Kelly and I will need to go underground eventually... 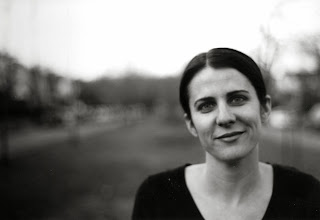 Kelly Magee: Carol and I started with the idea that humans were going to become pregnant with animals, and as we began writing stories, our interpretations of what those pregnancies -- and those baby animals -- would look like got wilder and wilder. I think pregnancy and childbirth are times when surreal and sometimes unexplainable things really happen, so I had fun thinking about a modern-day manifestation of one of the most well-known and magical pregnancy stories of our time: the virgin birth. The big question for me was, What was going to be born? What kind of creature? With the other stories in this collection, I’d always had a particular animal in mind. In this story, the fun was writing toward that moment of reveal, and then being surprised myself by what happened.

Carol Guess is the author of thirteen books of poetry and prose, including Tinderbox Lawn and Doll Studies: Forensics. She is Professor of English at Western Washington University.

Their story "With Animal" appears in HFR53.
Posted by Sam Martone at 12:08 PM