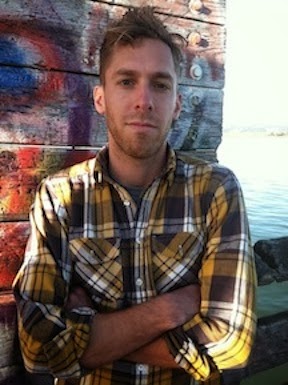 The first Friday of every month, the City of Oakland shuts down twenty blocks of Telegraph Avenue for a night of street performance, open art galleries, and food trucks during which upward of 20,000 people, most smoking weed or drinking PBR tallboys, descend en masse on downtown Oakland. Known as the “Art Murmur,” the night is a kind of Bakhtinian carnival in which the rules of normal social interaction are suspended in favor, as Bakhtin writes, of “a special form of free and familiar contact” between people usually divided “by barriers of caste, property, profession, and age.”

These divisions are particularly pronounced in Oakland, where gentrification spurred by the latest Tech boom has exacerbated long-simmering racial and class-based tensions, and where the ethnically segregated east (Latino) and west (African-American) sides of the city frequently clash with each other and with the police in gang-related violence. But once a month during the Art Murmur, in a part of the city located almost exactly between East and West, the residents of Oakland come together, in peace, on the streets, setting aside their daytime differences for a night, if only just one, of utopia.

It is for this reason that I quote from Thomas More’s Utopia in my poem “Art Murmur,” a 16th century work of fiction which, while laying out the promise of utopian society—there is no private property, no one goes hungry, etc.—subtly undercuts this promise through a kind of tongue-in-cheek satire in which, for example, chamberpots are made from gold as a way to encourage disdain for wealth. What More, as well as the work of Hieronymous Bosch—also alluded to in the poem—suggest is the way in which all utopian schemes are from the beginning suspect, a falling off from a mythical prelapsarian perfection; our supposed “civilization”—and the Art Murmur is one aspect of this civilization—doesn’t banish violence and inequality but, to maintain the illusion that it does, simply shunts them elsewhere for a night.

“A block/ off Telegraph,” I write, “the police press/ the mouth of a man we/ do not know to the curb. We consider/ the bloody display.” The lines are meant to suggest the complicity of the poem’s speaker, who watches this instance of police violence as if considering a work of art, and who then walks through a kind of de facto homeless encampment toward his own home.

But I’m wary—and weary—of the way in which we, as poets, talk about “complicity,” as if showing the speaker’s complicity somehow excuses the poem from taking an actual stand against political and economic injustice; too often it seems as if the “point” of socially-committed contemporary poetry is to show how we are all culpable in systems of exploitation. But of course we are! Thoreau said as much when he opted not to pay taxes; why are we still, almost two-hundred years later, making the same point in poetry which fancies itself avant-garde? Shouldn’t we ask more of poetry? Shouldn’t we demand real intellectual and political work from that genre, more than any other, committed to innovation and to philosophical rigor and to linguistic awareness?

The ending of the poem, then, is an attempt to push beyond mere complicity. It’s an indictment of sorts, a kind of hallucinatory or visionary moment in which our supposed civilization, built on violence and economic speculation and systematic disenfranchisement, is instantly erased. The earth, free now from a human race which has so betrayed its promise, returns at last to its original state, returns, without us, to utopia.

Christopher Kempf is a Wallace Stegner Fellow in Poetry at Stanford University. He received his MFA from Cornell University, and his work has appeared recently in Gulf Coast, Indiana Review, and The New Republic, among other places. He currently lives in Oakland. His poem “Art Murmur” can be found in HFR53.
Posted by Sam Martone at 9:44 AM