Winners of the Elementary Writing Contest (4 of 4)!

We’re sad to say that today we will be posting the final winners from the HFR-hosted Elementary Creative Writing Contest. See how these two, talented seventh graders at Dobson Montessori School used Caleb Charland’s “Silhouette with Matches” (from HFR52) as a foundation to delve into much deeper and unexpected interpretations. These stories are a poignant finish to the eclectic group of submissions we received.

We would like to extend a special shout-out to the nearly 100 emerging writers from 1st-8th grade who submitted their work to the contest, as well as the educators encouraging these students to keep writing, and keep creating. 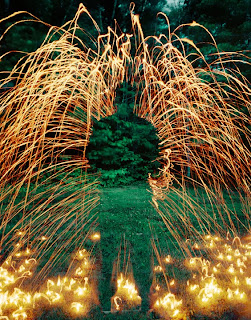 By Sydney:
Panic, screams, and fear were everywhere. New York quickly filled with blinding smoke and blistering flames. Mayhem and commotion came from the falling tower. Filthy ash and crumbling rubble flooded the streets of the Big Apple. Sirens began and the brave firefighters swarmed the streets. People wailed for help.

There I sat in the middle of the chaos, thinking I was in a dream. Reality didn’t set in until a police officer started yelling at me. I felt safe and sheltered with the officer. We began running through the streets that once were filled with joyful tourists, but now were filled with pieces of the World Trade Center. Smoke and ash obscured my vision, and I could no longer see the heroic cop. Panic set in. I began shrieking for help as I searched for him, getting more and more frightened. I started sprinting through the streets of the Big Apple when I tripped over a piece of the debris, and I tumbled to the ground. My mind was blank as I lay there with an expressionless face.

I soon heard a deafening sound, and rubble began crashing to the ground: the second tower had been hit. Pieces of flying wreckage began to fall near me, and I started to slowly crawl. Once I stood up, I started to run towards the bridge to get out of the city. Blazing flames surrounded me. It looked like fire crackers on the fourth of July. All I could see was a silhouette of a fearless firefighter running towards me in the middle of the flames. He picked me up and sprinted towards the bridge, his hands strong and determined. Once we were safely to the bridge, he told me to find shelter nearby. So there I ran, across the bridge and left Mayhem Manhattan.

By Claire:
This was the day I laughed and the day I cried.

I was six years-old at the time. It was my so-called “wonderful summer vacation.” But like life, you have your good days and you have your bad days. I awoke to the sound of my mom and aunt crying. I was staying at Mimi’s house in Ohio. I called my grandma Mimi back then, and still do. I liked staying at Mimi’s house because she had a secret garden hidden in her backyard where my little cousin and I pretended we were fairies, and where we would tell each other our deepest secrets. I crept down the stairs and peeked around the corner, and saw my mom, aunt, and Mimi standing in the kitchen. My mom had her hands over her eyes. I ran up to hug her and ask her what was wrong, but then I saw an American flag out of the corner of my eye. I remembered it was the Fourth of July.

I asked my mom where Uncle Rick was so that I could tell him it was the Fourth of July. Uncle Rick was one of the kindest uncles I had. He was very different than most people, but I loved him. My mom looked at my with an expression of sadness on her face. “Honey, Uncle Rick passed away,” she said. I looked up at my mom with tears in my eyes and hugged her tightly. The hug lasted for a long time. Then, I ran outside into the secret garden, and sat on the bench there. I didn’t know what to think. I couldn’t process it. I sat out there for a long time, so long that I fell asleep.

I woke up in my bed. I looked at the clock and saw that it was 5:30 p.m. I walked downstairs. All of my family was gathered around the house, hugging my mom, aunt, and Mimi, telling them how sorry they were. All of a sudden, I heard the booming sound of fireworks. I ran outside and saw that my little cousin had two sparklers in her hand. She gave me one. I smiled at her and we went running. We were laughing and blissful. Soon, we were in the secret garden and were jumping and flapping our wings like fairies. I stopped jumping, and looked up at the sky. I felt truly happy. Then, a firework popped in the sky. As it fell to the ground, I saw my Uncle Rick standing inside the firework. At that moment, I felt so peaceful and happy that I knew I would remember him forever. I didn’t feel sad anymore, because I knew that my Uncle Rick was shining in the sky like a blazing firework.
Posted by Sam Martone at 10:18 AM