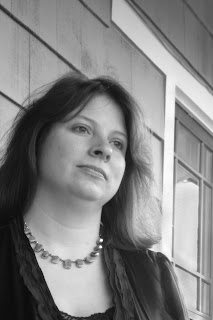 The poem appearing in HFR #51, “Landscape of the Conflicted,” includes imagery that has been stuck in my head for years. My imagination doesn’t want to let go of certain images, which return to me again and again, freshly charged with a sense of newness, until I discover the poem that requires them. These aren’t at all decorative images for me, so I should flip that around: I must discover the poems they require.

Lots of writers pull out older, failed drafts and rework them sometimes, if for nothing but to have some language to work with during off periods. But it’s more than that with these images. On their behalf, my writing process may border on obsessive. Perhaps I’m an image-hoarder, unwilling to throw anything away. But that’s not right, because I throw away plenty. My long-trusted reader will say, more gently than she probably feels: “Hmm, those seagulls, they’re back again?” Recently, I was sitting with a revered teacher at a café table when he thought to laugh about my recurring camel poem, which I used to advance regularly as a working draft.

Please don’t think it’s always animals glaring at me, demanding their poems. Though in the case of the poem appearing in HFR, it is a bird. I needed that bird. I needed it to take off from the pond and create that bright, dividing water. I also especially and strangely needed those white napkins. Poems can start up any number of ways, and the manuscript I’ve been writing has required me to develop poems initiated by story, by lyric urgency, by investigation, by memory. All of these can be pathways to image.

But what I love best is for the call to come straight from the image, whether disconnected or already part of a larger system. When it comes to me, and I haven’t gone looking, I’m weak for its power, which I cannot reason through. Put me in charge of lines and syntax, structure and form; I can clock in and work at these. The part of my writing that doesn’t feel controllable is whether or not one of those images will come.

I keep on the lookout for a potential series of poems, because a series seems a nice way to train the mind to generate new work, a way to finagle control. When I found the structure of this poem, with its use of second person and its insistence on a landscape, I also found a number of my beloved images clamoring back to me (finally: golden field, your time in my head is done). With these landscapes, I could simplify and embed narratives, and develop a scope widened beyond a single speaker or character, solving all kinds of problems. The titles, with their abstractions, provide an immediate focus. Happily, the landscape series has allowed me to speak authoritatively through imagery in an approach that feels fresh and unencumbered. And now I can stop writing about this particular takeoff.

Julie Funderburk has poetry appearing in Ploughshares, 32 Poems, Blackbird and The Cincinnati Review. She has received scholarships from the Bread Loaf and Sewanee writers’ conferences, and her work has been included in the anthology Best New Poets. She serves as poetry editor of storySouth and teaches at Queens University of Charlotte in North Carolina.
Posted by Sam Martone at 1:29 PM