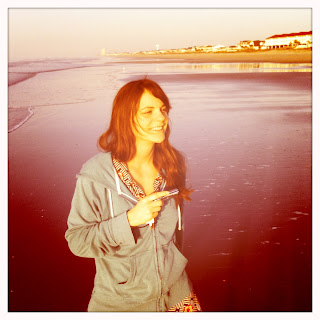 EXPERIENCES INCLUDE A SCINTILLATING AND EVER-CHANGING AND DEFORMING LIGHT GRID WITH OCCASIONAL DARK SPOTS
—from the Wikipedia entry on Phosphenes
I imagine that your body, like mine, has made a makeshift projection screen out of the back of your eyelids. I know you've done this before, but do it again now: close your eyes. Shut them tight. That weird glowy box where your computer screen was? Those other roving fireflies or whatever they are? Let’s talk about those.
They’re phosphenes. You might get them when you sneeze or receive a blow to the head or stand up quickly or do psychedelic drugs or meditate in the dark or have a near death experience. They also can happen spontaneously to people with prolonged deprivation of visual stimuli, and thus they are often experienced by those confined to dark cells; this is known as the “prisoner's cinema.” Darkness is not a requirement, just a lack of external visual stimulation—pilots or long-haul truckers staring into a snowstorm also see them.
People once thought the body created its own light and this notion of “self-illumination” makes a certain gut sense to me. But apparently, that’s been disproved. Instead, we know that pressure on the eye activates your retinal ganglion cells (those cells that transmit visual information to the brain) in a way similar to light. Spontaneous generation of phosphenes has something to do with neural adaptation, which is usually experienced through a change. For instance, when you have your hand on something, a table for instance, at first you feel it there. And then, after a time, you stop feeling it. The constant stimulation causes the neurons to respond less and less. However, faced with a paucity of stimulation, the retinal ganglion cells, the visual cortex, and the part of your brain that is supposed to make some sense of your visual information get hyper sensitive and start working with spurious input.
(Right now seems a good time to say that I’m not a scientist. I learn things from the Internet, and I’m not vouching for any accuracy here. But if I can put my faith into Wikipedia, you can too. Which brings us to ghosts.)
Phosphenes are said to account for some measure of ghost sighting. I guess people studying phosphenes often report seeing human figures, since this is the conclusion our brain jumps to when given a shred of evidence. So if you can’t sleep and have had your eyes open in your dark bedroom all night, you’re ripe for spontaneous phosphenes, which are not ghosts, but your retinal ganglion cells sort of freaking out.
I am one of those people who needs to know this sort of thing. I have to know the scientific facts—but, like most people, I usually just put them in a box labeled “knowledge” and go about my business of experiencing the world as usual.
For instance, despite knowing about phosphenes, it doesn’t make much sense to me to deny the existence of ghosts. One of the reasons for this is that I have mistaken a coat tree with hats on top for a person more times than I can count. Absolute certainty for a moment: I know someone is standing creepily, stiffly behind the door. And then, of course, a second later, my knees weak, I realize, no, no one is there. But the objective fact: that there was never a person there, mattered, in that moment, very little to my body. That is to say, it doesn't matter to me whether or not ghosts “really” exist if we're still going to be sitting in the dark and watching flashy white figures float around. Sure, you can calm yourself down, say “Calm down, self, those are just phosphenes,” but that won’t erase the moment that your gut reaction said “Holy shit, a ghost!”
(I imagine that this philosophical debate of objective vs. subjective reality is an elementary one—if a tree falls in a forest, etc. I apologize if you’ve written some kind of lengthy term paper on it and must now watch me bumble through it.)
You’ll notice—especially if you live some ungodly humid place like Indiana—that the weather station still gives you two temperatures: the actual one, and the “feels like” one. Who cares what the actual temperature is if it’s just going to feel like something else when I walk outside?
But I do care about objective facts. I love my box of knowledge. Isn’t it wild to know this stuff about the brain? That your body, when faced with long term confinement, will put on a little light show for you? That after two days of a blindfold, most people start to get complex geometrical hallucinations, and these same patterns, called form constants, are recurringly observed by different people. Isn’t it kind of wonderful?
Sometimes it’s fair to say that I write poems to justify all the time I spend on Wikipedia.

Rosalie Moffett was the winner of a 2012 “Discovery”/Boston Review poetry prize. Her work has appeared or is forthcoming in The Believer, Field, Salt Hill, Prairie Schooner, The Normal School, 32 Poems and elsewhere. She is a Washington native currently living in Indiana.