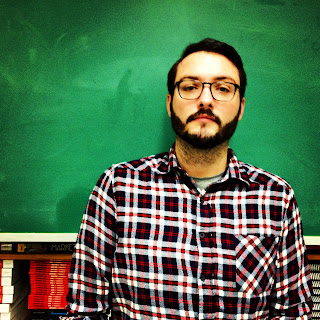 Almost seven years ago, on our first Christmas as a married couple, I gave my wife, Sarah, a pitbull named Eileen. Eileen, the sign on her kennel told me, had been neglected and abused as a puppy. At one and a half years old, she’d weighed no more than 17 pounds. She’d since bulked up to a healthier 40 pounds, but cigarette burns were visible on her hindquarters and in the wintertime, Eileen would walk with a limp that would start her whining and eventually cause her to slow her pace to a stop. Once, before we knew her range on cold days, I had to carry her almost a full mile home, then set her on our bed and curl up with her like a she was a puppy and I was her dog-mom.

As a matter of routine, Eileen would unleash terror on us, on the houses and apartments we occupied in the six years she lived with us, overturning garbage cans, scratching up hardwood floors, leaving piles of shit, or vomit, or both in her crate or on our clean sheets whenever we left her alone. In our absence, she would melt down, become certain that she was alone forever. She was, I think, unable to shake the trauma she sustained as a puppy, instead letting it manifest in her daily actions, the dog-thoughts she let run through her dog-head: food over sleep; food over walks; food over love – as if that were even a consideration for her. Still, we loved her, especially when she had those moments of vulnerability, need: the immobility brought on by a cold day, or slightly less endearing, a case of the bloat. Yes, we were her captives, but we were also her handmaids. We suffered along with her, knowing that we were the one’s who had welcomed our captor into our home. Or rather, I was the one.

When we made the choice to kill Eileen, it was not fully on our own terms. We had often discussed the relief we would feel when her reign of terror ended. How we would remove the baby gates in our home that kept her from the kitchen, how we’d liberate our trashcans, let our guests leave their food on the coffee table. The thought of her dying and the freedom that would come with it, however, was always implicitly prefaced with the idea that her demise would be natural.

Eileen’s demise was not natural. One day, she found a way to escape the house, and after eating an untold amount of garbage, jumped on our neighbor. She did not hurt him, did not bite him or scratch him, but the scare was, understandably, enough for him. Imagine yourself standing in your front yard. Imagine that it is dark outside, and after hearing a rustle in the bushes that separate your home from your neighbors’, seeing a pitbull bounding towards you, then jumping on you. We talked to our neighbor. We imagined these things. We did what we had to do.

Loss is a vast network of nerve endings, an endless algorithm. You see a dog on the way to a bar that reminds you of the dog you carried home one day, set in a bed as if it were an injured child, the dog you could not bring yourself to pat on the head, look in the eyes on the day you signed the paper to have it killed. You see a dog that looks like the inevitable weight of the other losses you carry with you: losses that pile upon one another like layers and layers of mineral sediment which, over time, create an evermore integral formation in your internal landscape: an angel that will slip his fingers into the hollow of your thigh whenever he sees fit.