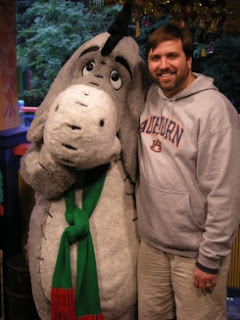 An equation with three variables. Unsolvable.

PLACE
Happy Hollow Road is real enough – a wooded winding hilly stretch of sunfaded pavement between Trussville and Springville, maybe twenty-five miles north of Birmingham, Alabama. It ran – runs – I don’t know – six or four or eleven miles from Clay-Chalkville Road to Highway 11, crossing the Cahaba River, passing at least two churches along the way and so many clusters of houses. We lived somewhere in the middle, no neighbors close on either side.

My tense shifting illustrates this truth: the road no longer exists. Oh, it does exist in the sense that it’s a place you can go to, in life, in 2013, in Alabama; you can find it on Google maps and trace its curves with your cursor. But for me, it’s gone: a memory, a figment, a fragment, not a real-world bit of geography. It is only history.

My family moved to Happy Hollow Road in 1973, when I was very small. We rented sixty acres of farm and forest, living a semi-self-sufficient, semi-hippy life for a while, rabbits and chickens and goats and green things from the garden, until my parents divorced and I started junior high, and the world opened and closed all in one gasp.

Seemed like most of the other families on the road had lived there forever. Forever? I don’t know. They’d lived there longer than we had. Is that what forever means?

There’s the time we have, and anything beyond that is infinite, or might as well be.

(Perhaps my all-too-nifty formula above should have included time as a fourth variable; or maybe that’s understood, time always present in any equation. Or is time not variable but constant?)

Perhaps place and time are the same.

Happy Hollow Road and the 1970s: all woods and foothills and possibility. I never entirely felt I belonged there; I’ve felt the same way about everywhere I’ve lived since: I am forever a visitor, an outsider, a newcomer. Maybe this is why I write about place. A way of staking claim.

VOICE
The title asserts there are six voices in this poem, and during the drafting process, I had a color-coded chart to keep the voices straight: the intimidating teenager who lived up the hill; the matriarch of a family; her oldest son, an outlaw; a young newcomer much like me; the road itself as the collective voice of its residents. That’s only five. I think.

There are more than six voices in this poem.

There is exactly one voice in this poem. I had no chart.

Who I am to speak for anyone else? And yet I do it all the time; it’s one of my repeating projects, my most audacious moves: to speak for others, to offer their voices as my own, to insert my voice in place of theirs.

POEM
“A poem should not mean / But be.” Archibald MacLeish. Is that possible? To be is to be meaningful. To be, to exist, to be significant, to signify, to suggest, to evoke. This is a tapestry from which we cannot pull apart the threads.

“A poem should not be mean but behave.” Jill Alexander Essbaum. Again, not possible. Not for me. I cannot behave. Cannot be, cannot have. I am restless. Ambitious. Hungry.

A poem is an attempt to sit still for a few minutes. Perhaps to take root? Perhaps to feel I belong somewhere after all, even if temporarily?

So many variables. Only variables. There is no solution. What matters is the attempt to solve. This is why you must always show your work.

***
Amorak Huey teaches professional and creative writing at Grand Valley State University in Michigan. His poems have appeared in The Best American Poetry 2012, The Cincinnati Review, RHINO, Caketrain, Rattle, Crab Orchard Review, and other journals. Follow him on Twitter: @amorak.
Posted by Sam Martone at 10:07 AM