Where are They Now?: Rachel Mennies

Have you ever picked up an old issue of Hayden’s Ferry Review, read one of your favorite stories or poems, and then thought to yourself, “I wonder what this writer is doing now?” Well, even if you haven’t, we’ve got the perfect solution: a new blog serial where we track down previous contributors and find out what’s going on in their lives and their writing.

This week, we pestered Rachel Mennies, whose poem “Barrenness is like a Large, Hungry Gull” was published in Hayden's Ferry Review #48. 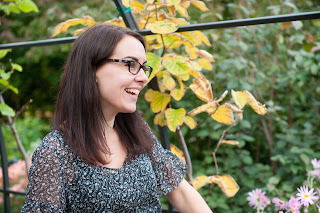 Hayden’s Ferry Review: Tell us a little bit about “Barrenness is like a Large, Hungry Gull.”

Rachel Mennies: This poem started with the title simile, which came into my head whole like some sort of absurd joke. And I chased after the punch line—I wanted to know why A was like B, why my brain put this information together. It was one of the rare (for me) poems that requires only minimal revision once the first draft comes together. After the simile took root, I started toying with it. What would it be like to live with this wild animal in your home, situated between you and another person: a frustration that cannot be resolved because its origins are inherent, seemingly unfixable to the speaker? And the sonnet form felt natural to me for this piece, since the poem pivots between stanzas and shoots outward—how many others must have this same wild frustration? Am I alone in my suffering?

It’s also rare for me, and I wonder if it should be so rare, to play with fantasy, the sort of magic that’s present in the bird. The speaker sees this creature as very real, and it feels real to me: it takes over their house, growing to fill it and ever hungry.

HFR: You’ve got a chapbook called No Silence in the Fields out from Blue Hour Press. Tell us a little bit about working with them and the release of your chapbook.

RM: Working with Blue Hour Press, besides “just” being an all-around wonderful experience, has provided me with an imperative education in online publishing. The Press is doing work that I think is crucially important right now, especially for the chapbook form in particular: making digital documents that are as beautiful as their print counterparts, yet are easier to circulate and distribute. They’re doing it well at a time when many digital reproductions of poetry have failed (especially at the outset of the e-book).

The release has become more of a process than a one-off reveal, which has also proven a positive experience—getting the word out and watching the collection move around the Internet. I’ve already been having conversations with readers about it, both with friends/colleagues and with “strangers,” and those conversations have provided the best part of the publishing process thus far. I was able to share the first release news with folks at AWP, and I also had the opportunity to read from the chapbook last week at my alma mater, Penn State. That sort of homecoming, and the visibility of support that a reading gives, is quite affirming. 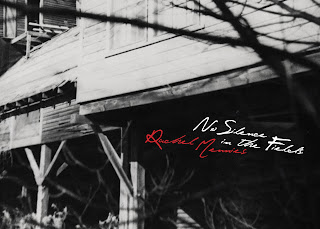 HFR: What’s the story behind the chapbook? How does “Barrenness” fit in to the collection?

RM: The chapbook makes a narrative study of two characters as they move into a barn in rural Massachusetts and hope to have a child. “Barrenness” comes early in the collection, providing a chance for the female character to express the depths of her frustrations with her body. This was one of the earliest poems in the chapbook: one of the poems from which many others emerged, one where I realized this character had more to say.

HFR: What else has been going on with you since your publication in Hayden’s Ferry? Any upcoming publications we should know about?

RM: I moved from central to western Pennsylvania last summer, and now I can claim onetime residence in all parts of PA (I’m from the Philadelphia area). Philly is my home, but I love Pittsburgh—my home for now. It’s a wonderful city to write in.

I’ve also been working on new poems and sending out work from a different, full-length manuscript. It all feels very cyclical: some new work coming in, some finished work going out. Indiana Review published a poem from No Silence in the Fields recently, and other poems have come out in the last year from Witness, Linebreak, and Cream City Review. And, in keeping with the earlier conversation about digital publishing, Sycamore Review, who published a chapbook poem about a year or so ago, will soon publish online a recording of me reading this poem. So now the Internet can hear poems from No Silence as well as read them—in reaction to which I can do nothing but celebrate. 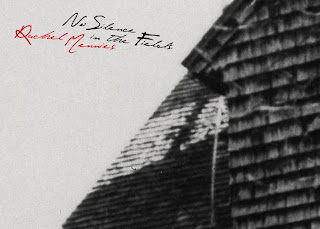 HFR: What are you reading these days?

RM: Every spring (and here in Pittsburgh, it feels already like late spring—joyous and strange at the same time) I come back to Tony Hoagland’s “A Color of the Sky:”

…Outside the youth center, between the liquor store
and the police station,
a little dogwood tree is losing its mind;

dropping snow white petals to the ground in clouds,

so Nature’s wastefulness seems quietly obscene.
It’s been doing that all week:
making beauty,
and throwing it away,
and making more.

The trees around our apartment are already shedding the same blossoms they’ve suddenly sprouted: they’re as shocked as we are that it’s spring already, and they’re unprepared to sustain themselves. When I see them, I hear this poem.

HFR: If you were a superhero, what would your powers be and what would be your only weakness?

Rachel Mennies is the reviews editor at AGNI. Her work has recently appeared in Alaska Quarterly Review, Linebreak, Cimarron Review, Indiana Review, and Witness. She won the Leonard Steinberg/Academy of American Poets Prize and received her MFA in Poetry from Penn State, both in 2011. She currently lives in Pittsburgh and works for the University of Pittsburgh.
Posted by Sam Martone at 8:03 AM

Email ThisBlogThis!Share to TwitterShare to FacebookShare to Pinterest
Labels: Where are they now?