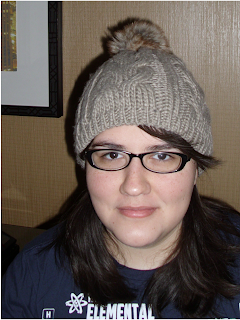 In times of distress, I open up The Mine, a folder on my hard drive where I store my early writings, things I produced before I turned twenty. It’s an embarrassing folder in many ways, full of pastiche and self-indulgence and three or four ridiculous, unambitious novels I started writing, but thankfully never finished. But every time I dig in, I manage to find something worthwhile. In the case of my HFR piece, “The Ithaca Moment,” that “something” was a rough draft of a story I had written about Cornell. The narrative itself followed an undergrad through the year-long affair she has with a grad student– and here I should probably say that I went to Cornell, Class of 2011, and that I was writing the story there, junior year, while I was still having the experience (though not, in fact, having an affair with a grad student). The affair was never the important thing. It was always a means to an end, the story being more concerned with loneliness and dissatisfaction and a deeply critical view of academia, which I still for the most part espouse. But of course the story failed– I was too young and too close to the material. I set it aside in frustration and didn’t pick it up again until this past spring. I was still in grad school, then, my second year at Iowa, and it was thesis time. I was so sick of the stories I was writing. By March, I was burnt out and I knew I had to find something to get me excited again. Hence my visit to The Mine.

On a sentence level, the rough draft I found was largely unusable. There was one line, the bare and brutal description of falling “in love with someone older– and meaner,” which I knew I had to use– but also earn, which felt like the more important of the two. One of the main reasons the original story failed was simply that I didn’t understand, didn’t have enough experience even to begin understanding how nasty love can be. How cruel and cold-blooded we can get when we feel slighted. And how to get this across without condemning my characters or stripping them of their humanity. I didn’t, for instance, want the younger woman to get away with calling her lover mean and portraying herself as innocent, which was more or less the original intent of the line, it being told from the first person by a young narrator who clearly doesn’t understand her actions. I think even as an undergraduate I understood that by calling someone meaner, you imply that you yourself are mean, and that was what I wanted to explore in the new draft.

The old manuscript saw this young woman going home for winter break and having a sad sexual encounter with a man a few years older than herself– the character we now see as Eli. She can’t explain why she has this encounter. And for a long time, I couldn’t either; but I knew it had to be the backbone of the story. It’s the one time we get to see her away from Cornell, away from the affair she’s been having with this older and meaner woman. That distance is supposed to give her perspective; but when I rewrote the story the first time, it didn’t feel removed enough. At that time, the story was still being told in the first person, and that point of view was giving it the feel of false apology, like when someone asks to be excused for their bad behavior without bothering to understand what was hurtful about it in the first place. So I decided to try something I’d never done before: write in the second person. It wouldn’t have occurred to me, except I’d just taught a couple of Lorrie Moore stories to my students at Iowa, and I had that “you” on my mind. I didn’t know what I was doing, but it felt more urgent, at that point, than my thesis did, so I sat down on the first day of Spring Break and started writing. It took most of the week, and it was painful and exhilarating in a way I’d forgotten writing could be– but also strange and different, and I had my doubts, as I always do. Luckily I sent it off anyway, and I had the great pleasure of being able to announce to my students on the last day of class that HFR had accepted my story that morning. I wouldn’t normally share this kind of thing with my students (didn’t tell them when another story of mine won a prize only a month before), but I was in a state of euphoria, and I guess it seemed appropriate to share with them, given that it was in some ways inspired by work we’d read in our class. Now, I can’t remember if I told them this whole story, if I explained to them about the bad draft I wrote when I was their age and how I dug it out and polished it up– how they could do the same, one day, when they’re older and kinder and less afraid of putting themselves on the page. I hope they know: they’re capable of so much. Just you wait and see.

Ruth Joffre's work has appeared or is forthcoming in The Kenyon Review and Fence. Mary Gaitskill selected one of her stories as the winner of the 2013 SLS Unified Literary Contest. She's a recent graduate of the Iowa Writers' Workshop, and she lives in Iowa City. Her story, "The Ithaca Moment," can be found in HFR53.
Posted by Sam Martone at 10:34 AM